The History of Falconry 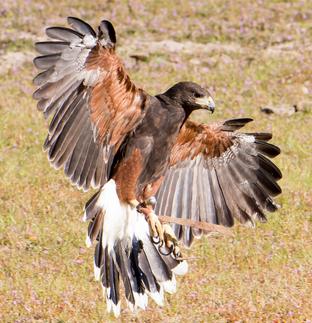 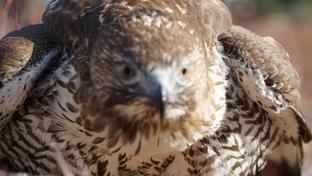 For over 6,000 years, humans have been able to utilize trained raptors in “The Sport of Kings,” otherwise known as “Falconry.”  For centuries, human kind has been able to put food on their tables thanks to the capabilities of these extraordinary creatures.  Sadly, this way of life was almost lost with the invention of the gun.

In WWII, an American pilot observed a falconer hunting shorebirds near the European air base, the same shore birds that had caused many plane crashes in aircraft takeoffs and landings. He watched as the flying falcon caused a panic in the shore bird flock, which was then driven away by her presence.  It was at that moment he realized, if the falconer was to fly his falcon on the air base, the runway would be clear of the shore birds, once again making it safe for the pilots to take off and land. The U.S. Air Force has been utilizing this method ever since.

In this century, the U.S. Department of Fish and Wildlife created a special permit that would allow falconers to perform bird abatement services to private companies.  The first year falconry was introduced to the agricultural scene, crop production increased 83% because it was protected from birds that would usually eat them.  Now, bird abatement has been able to save golf courses, farmland, theme parks, and resorts hundreds and thousands of dollars in damage control, and helped prevent landfills and transfer stations from shutting down due to gull over-population.